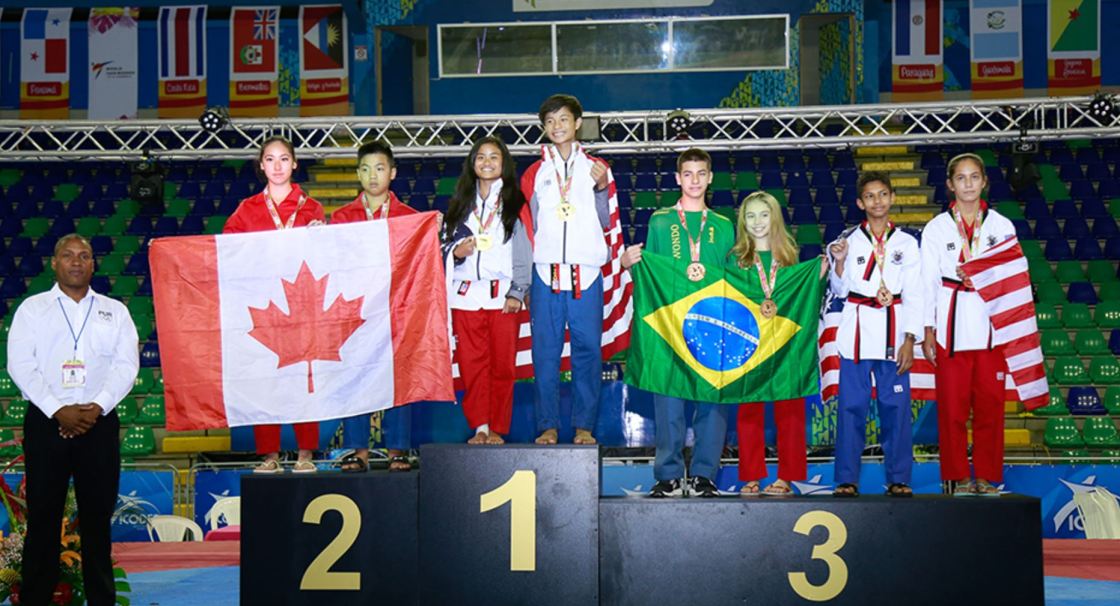 The Art of the Kick

Coming into Bellarmine, hard-work and commitment were two things already ingrained into Jacob Gonzaga ‘21. This past summer, Jacob won the gold medal in the Pan-American Taekwondo Championship. Despite obtaining many other accolades throughout his career, Jacob has greater ambitions.

“My parents placed me into a Taekwondo program when I was five. I am currently a second-degree black belt,” Jacob explained. He currently attends the American Taekwondo Center in Morgan Hill.

Jacob is also part of a group called M Team Taekwondo, which is an elite martial arts program that has spread the art of Taekwondo throughout 250 countries.

In preparation for any major events, Jacob’s practices consist mainly of increasing the torque and twisting power for more powerful windups in his kicks.

“When I work out I do a lot of upper body workouts and many exercises that train my leg muscles. Besides workouts, it is also important to eat healthy and maintain a fit body,” Jacob said. With rigorous practices and proper dieting, Jacob was capable of anything.

Competing on the national level is one of the most stressful and demanding parts of any athlete’s career. Though under much pressure and criticism, Jacob discovered the best strategy for himself.

“I maintained my composure by focusing on my own training and what I can do now rather than the end result,” he said.

After winning the gold medal, one may think this was the ultimate goal for Jacob. However, with his hungry and ambitious mindset, he now looks to next year.

“It was a great feeling winning gold, but this was only for the Pan-American games. I want to take my game to the next level and hopefully bring it to the world championship in 2018,” he said

Despite the honor and praise he has received throughout his career, Jacob is prepared to elevate his game and expand his skill set.

“My next step is learning free-style Taekwondo, which involves a lot more mid-air kicks and other acrobatic performances,” he said.

Jacob’s passion and enthusiasm for Taekwondo add to the diversity of talents in the Bellarmine community. He hopes to continue building his legacy in a sport he has cherished all his life.