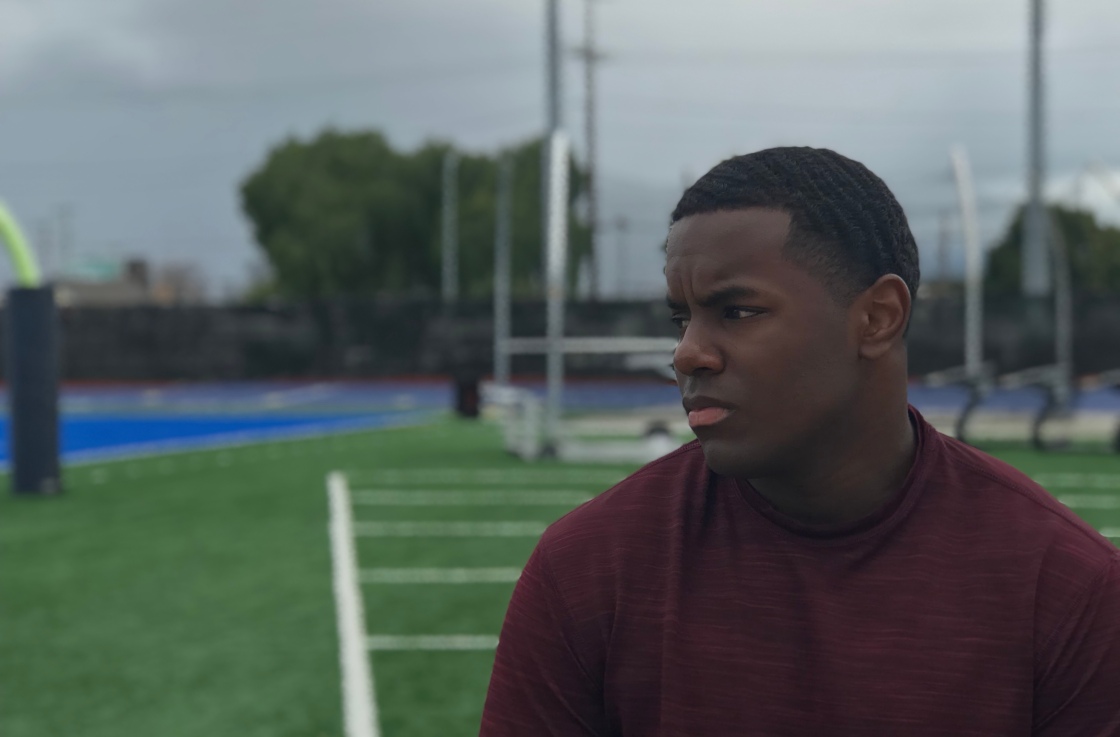 As Bellarmine revs up for to try to get an 8th straight WCAL championship, Keanu Lee ’19, the best thrower at Bellarmine and possible the WCAL, talked about his throwing background and his goals for the 2018 season.

Keanu started just like everyone else, “I started throwing in middle school and for shot put I was throwing 29 feet in middle school.” Although Keanu unfortunately could nor participate in his 8th grade year due to getting “hit by a discus and getting a concussion”

Keanu says he started to understand he had a real talent for the sport at the end of last year when he “went undefeated in head to head meets” and began to realize he has a chance to play in college.

As Keanu now has his eyes set on college he talked about how his training has increased now “training every day” during free period or after school but in the offseason “only throw once a week” focusing more on getting stronger for junior season.

When asked about the legendary Coach Ward, Keanu smiled and began with “man I love coach ward.” Further saying “he just is so wise, and makes it so much easier to throw farther.” Coach ward is “also super supportive” according to Keanu.

As the season is just around the corner Keanu hopes to throw “at least around 55 feet for shotput.” This mark for many may seem impossible for many but Keanu believes “it is very do-able, I am throwing 48-49 feet as of now”

Colleges have started to look Keanu’s way as he has visited the University of Miami and this was his first visit to a D1 school and Keanu had a great experience saying “I absolutely loved it and for now it’s my first choice.

Keanu has also been invited to some pretty prestigious tournaments including one in Australia. Keanu has asked his Bellarmine brothers to help to get to Australia posting a GoFundMe account that can be found in a link at the end of the article.

Keanu described the feeling of getting in the ring as “everything just slowing down, like the whole world stops and doesn’t start till you release that ball.” The shotput record for Bellarmine is 60 feet and Keanu believe he can beat this record saying, “I believe I can break it and my goal is only put me 5 feet behind this year…it would be great to break the all time record and see my name on the plaque by the track”

The Bellarmine community will sure be watching as Keanu Lee and the whole track team gets set for what should be another great season as they go for their 8th straight league championship.