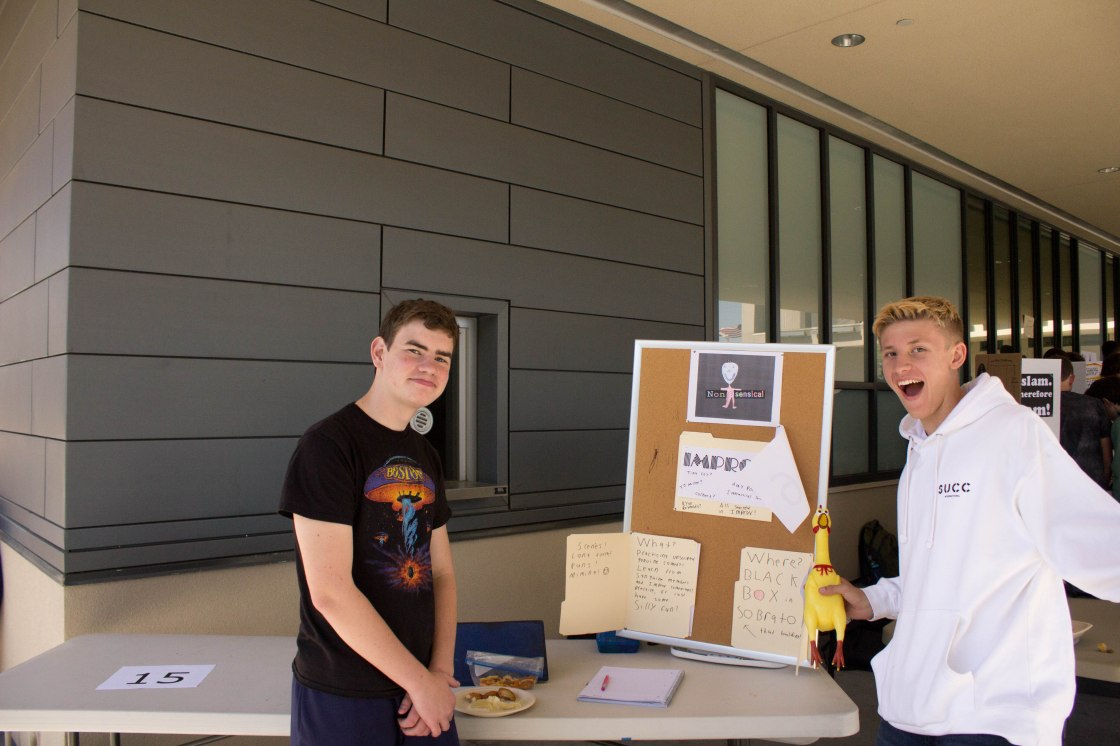 He adds, “Overall, I want Nonsensicals to be a place where people aren’t afraid to take risks, goof around and express themselves… If anyone is willing to leave their ego at the door and have fun, Nonsensicals is the club. While our main purpose is to teach, we’re not above having some silly fun.”

At the same time, the Nonsensical Club also provides an opportunity for students to master the basics of improvisational humor before joining the Bellarmine Improv team, Sanguine Humours.

In fact, that is exactly why James MacKinnon initially joined the Nonsensical Club during his Freshman year.

James explains, “When I started my Freshman year here at Bellarmine, I auditioned for the Bellarmine Improv team known as Sanguine Humours. However, I didn’t make the cut, and I learned that I wasn’t exactly fit for Improv. I had all the materials and jokes, but I didn’t have the basics of Improv down. So, I joined Nonsensicals, and I relearned the basics through practice. This year of practice gave me the confidence and the tools to have a better understanding of comedy, which got me into Sanguine Humours. This club is for people like me, who want to arm themselves with the basics of improv, and to practice this comedic art form.”

James suggests, “If you’re feeling hesitant and questioning whether or not you want to join, come in for just one meeting at lunch to check it out. We’d love to have you here, and if you just sit and watch, that’s great.”

Any student looking forward to joining the Nonsensical Club or checking it out can visit the club on Tuesdays at lunch. Says Mr. Marcel, “Join us Tuesdays at lunch! We’ll meet somewhere in Sobrato this month (probably the lobby on the 2nd floor), and then we’ll be in the Black Box starting in November.”

Overall, the Nonsensical Club is an informative and entertaining club that teaches students the art of improvisational humor. The Nonsensical Club is an amazing way to start learning theater comedy or even remaster the essentials of it. The club staff welcomes new members with open arms, and any student interested in comedy would likely find it very appealing.