The NFL just wrapped up a successful draft weekend. It was the first time EVER that the draft was held virtually, being displayed across various TV Networks. The commissioner (Roger Goodell) worked tirelessly to announce most picks from the comfort of his own basement (and yes, people still managed to find him and boo him).

This draft showcased what might have been the deepest group of wide-receivers ever. The first round was flooded with them, and we saw a run on offensive tackles early. There were many pleasant surprises (Andrew Thomas being the first tackle off of the board, Green Bay finding Rodgers’ replacement, Cee Dee Lamb falling), and a couple of disappointments (Green Bay, Philly, and Chicago).

We saw some winners. The Panthers were able to start their rebuild as they started to rebuild their once-great defense and for the first time ever, came away with all defensive picks. The Bengals found their franchise quarterback Joe Burrow, the Dolphins found theirs (Hopefully!) in Tua. The cardinals found a pleasant surprise in Isaiah Simmons who will anchor their defense, being able to move around and play different positions, while being a pest in the division whether it is marking George Kittle or spying Russell Wilson. The Raiders were able to add speed by landing the fastest player in the draft, Henry Ruggs III; and added to the offense later on in the draft, certainly setting Derek Carr up for success. The Cowboys added to their lethal offense by drafting Cee Dee Lamb who many saw as the top receiver in the draft. The Buccaneers made sure to get Tom Brady some protection in drafting arguably the best OL in the draft, Tristan Wirfs. 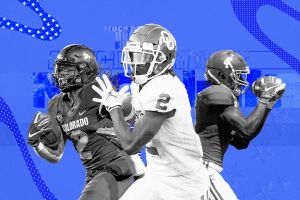 And then…there were the losers. Green Bay who needed help on defense decided to trade up and draft undeveloped quarterback Jordan Love. With Rodgers hoping to play until he is 40, Green Bay certainly should have waited until round two or for next year’s draft to draft a replacement. The Eagles who needed a viable deep-field threat were able to get speedster Jalen Reagor, but the move left the fan base in turmoil. With Reagor is a bit of raw talent, it was the perfect time to be aggressive and trade up for Lamb. The Bears failed to address receiver issues and continued to add to the momentous list of Tight Ends on their roster.

Below is my pick by pick analysis of the first round:

· Cleveland was a team who shocked many, and not in a good way. They have a loaded roster, but could not put it together. Wills should be a nice piece on an O-Line that struggled has struggled ever since future Hall of Famer Joe Thomas retired. My only question is if he can make the successful change to LT after marking Tua’s blind side on the right at Alabama.

· Becton blew scouts away by his performance at the combine. Running a 5.11 40 at his size is unheard of. While the Jets needed a WR, they were smart to take and OT and wait for a WR. Should Becton adjust to the NFL nicely, he will be a keystone to the Jets’ line.

With the hopes that the 2020 season happens, we look forward to seeing the many surprises that come with the NFL Season.