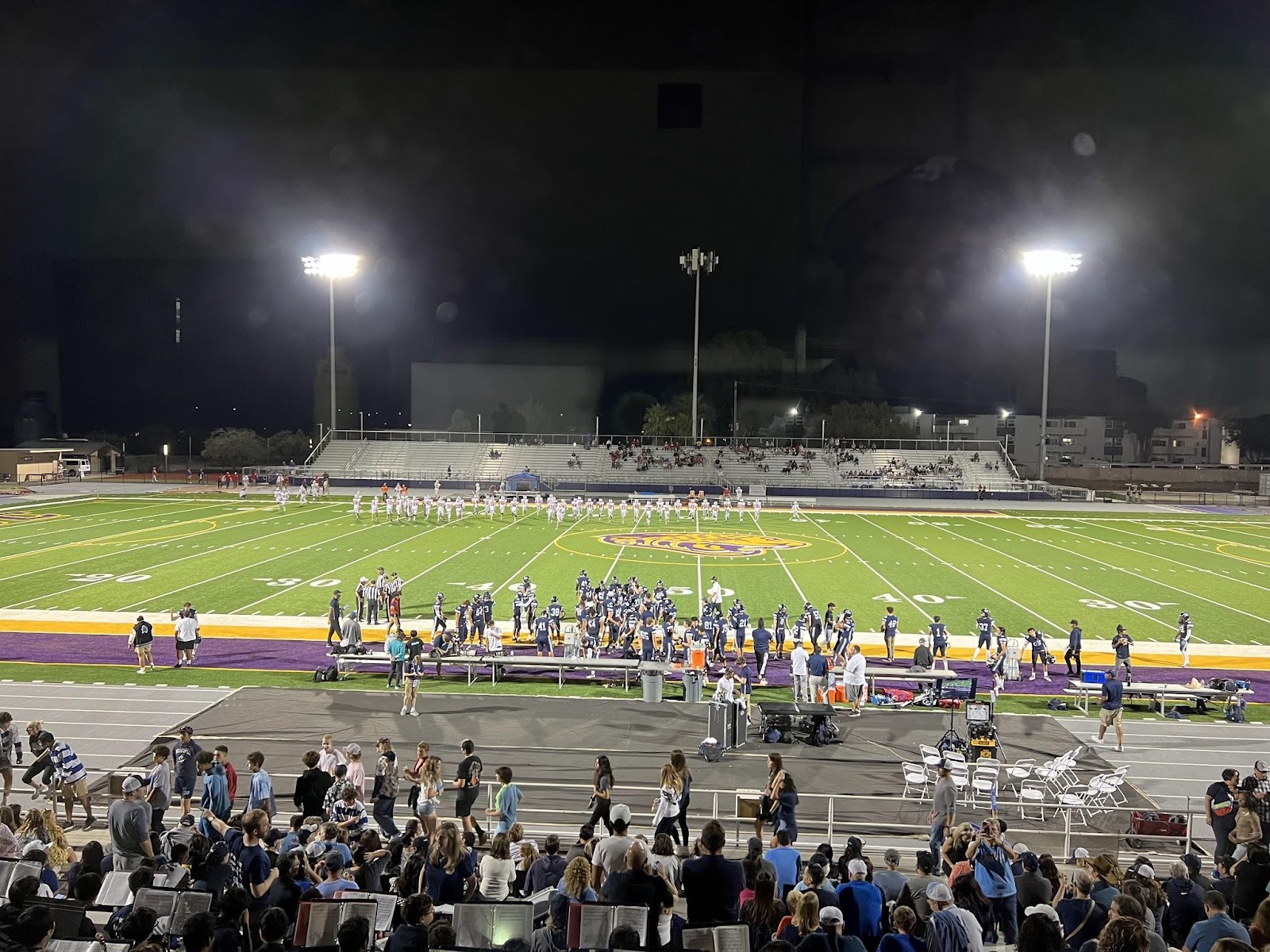 SAN JOSE, CA — In both the home-opener and first WCAL game, Bellarmine dominated St. Ignatius all game, winning the game 34-14 at San Jose City College. What seemed to be a close game between the Bells and Wildcats, ended with the Wildcats going back to San Francisco with a resounding loss. St. Ignatius came into the game ranked #15 in the CCS (Central Coast Section) while Bellarmine ranked #13 in the CCS. With both teams at 1-2 on the season, many thought it would be a close game – that was not the case.

In his first game back, Colin Lakkaraju ‘24 opened the game with a receiving TD on a slant route, while Ben Pfaff ‘23 ended the 1st quarter with a rushing TD, putting the Bells up 14-0. With Bellarmine’s offense firing on all cylinders, the defense shut down St. Ignatius’ run game early on, forcing them to pass the ball.

The Bellarmine defensive line disrupted St. Ignatius’ QB Mac McAndrews ‘23 all night, forcing the Wildcats to punt the ball on numerous occasions. With the ball back in the 2nd quarter, Pfaff added 2 more rushing TDs, improving Bellarmine’s lead to 27-0. This brought Pfaff’s season total for TDs to 9 through just four games.

The 3rd quarter started with a few 3-and-outs by both teams before St. Ignatius scored their 1st TD of the game, cutting the Bellarmine lead to 20. Towards the end of the 3rd, the Wildcats brought in QB Soren Hummel ‘23 to help drive their offense downfield. It was to no avail, as the 3rd quarter ended with the Wildcats still trailing 27-7.

Instead of running out the clock at the start of the 4th quarter, RB Riley Paran ‘23 scored his 1st rushing TD of the season, adding to the Bells’ lead at 34-7. With one final drive, St. Ignatius scored their 2nd TD of the night bringing the total score to 34-14. After the Wildcats’ last possession, the Bells were able to drain the clock with the dual-threat RB combination of Mateo Shelton ‘23 and Aidan Bojorquez ‘23.

In the end, it was a commanding first half filled with key plays throughout that ultimately led to this dominant victory. Some of those key plays included going for it on 4th down (multiple times), Parker Threatt’s rushing ability to keep plays alive, key catches by Joe Fuqua ‘24 and Colin Lakkaraju ‘24, and a stout defensive front. The Bells look to keep their foot on the pedal as they face Archbishop Riordan on the road next week in San Francisco.