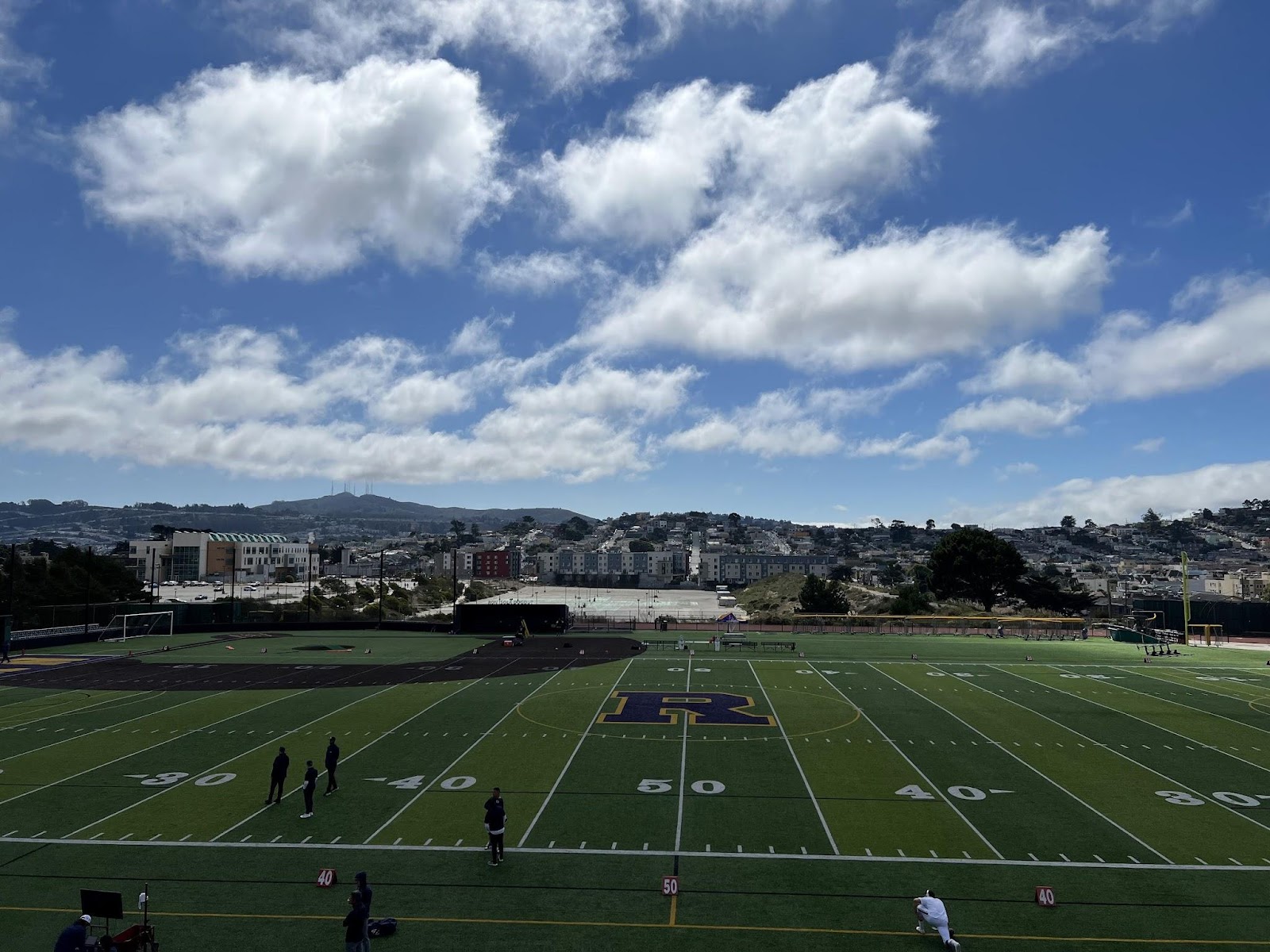 SAN FRANCISCO — In what was a low-scoring affair, the Bellarmine Bells outlasted the Archbishop Riordan Crusaders winning the game 3-0. This victory marked the Bells’ 20th consecutive win against Riordan in the past 20 years. The Bells have now won their last 3 games in a row. Good defense and a windy day in the city played big factors in this one.

The 1st quarter was a brief one and started off with back-to-back scoreless drives by both Bellarmine and Riordan. On the second drive of the game for Riordan, they settled for a FG which was BLOCKED by Bellarmine’s defensive line. Early in the 1st quarter, Bellarmine’s bell-cow RB, Ben Pfaff ‘23 got injured and was later ruled OUT for the game.

While there were a few highlights from the 2nd quarter, it was a quarter the Bells would rather forget. On a gutsy 4th-down attempt by the Bells, they were able to draw a key false start on Riordan. Riley Paran ‘23 came in for the injured Ben Pfaff ‘23 and was able to string together a few good runs. In another crucial 4th down attempt, Riley Paran ‘23 put his head down and dove for the 1st down. Wilson Pimentel ‘23 then drew defensive pass interference, which set up the Bells with a 1st and goal. After failing to score on 1st and goal, Parker Threatt ‘23 threw an interception to end the 2nd quarter. The game remained tied at 0-0. 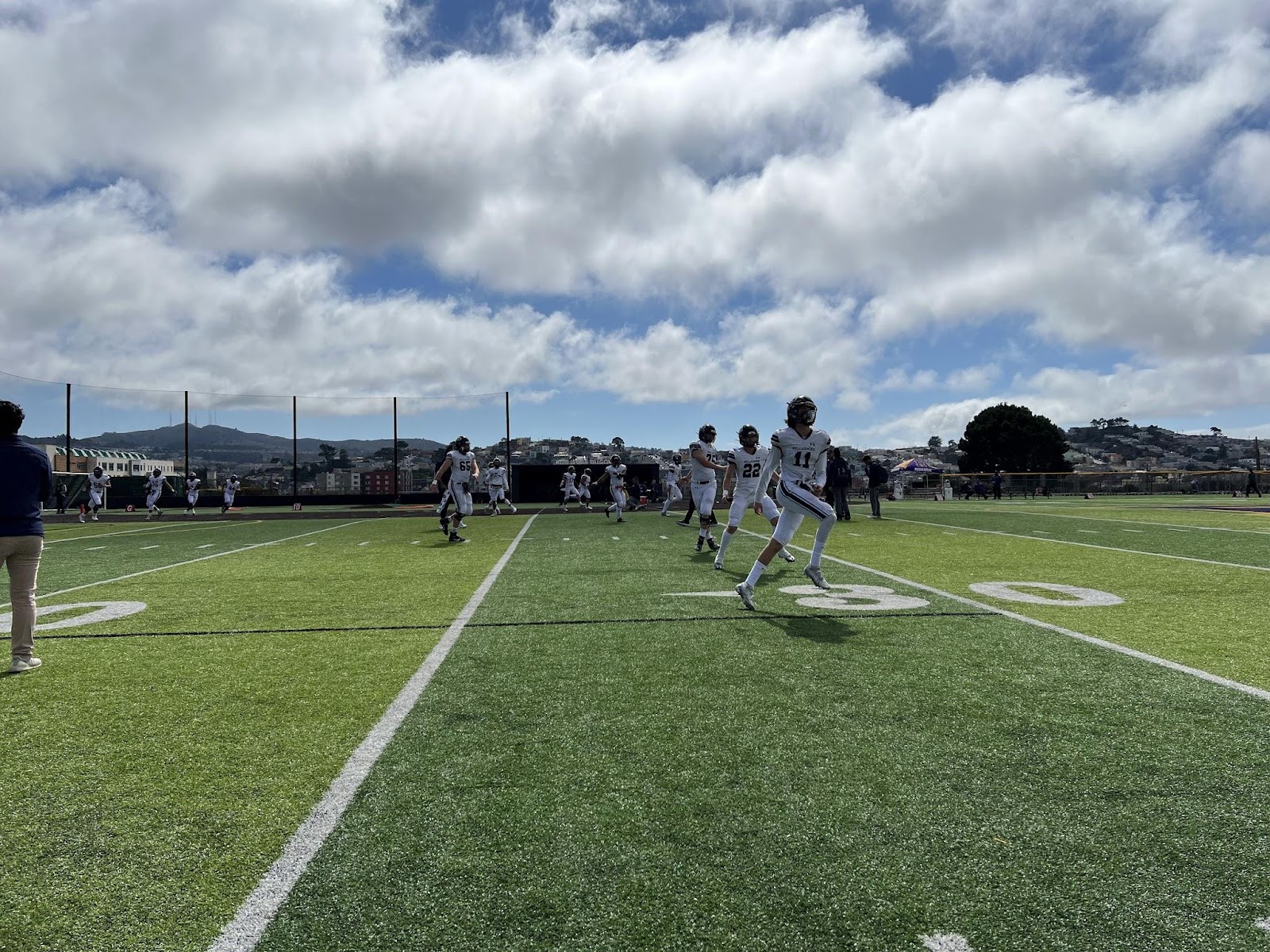 The wind played a major factor throughout the 3rd quarter. After a 3 and out by Riordan, they punted the ball 68 yards with the wind on their side. Shortly after, the Bells punted the ball a mere 38 yards because they were going against the wind. Riordan was able to drive downfield with a key misdirection play that sparked the crowd. Instead of attempting a FG or punting on 4th and 21, Riordan decided to go for it which resulted in a turnover on downs. Designed runs for QB Parker Threatt ‘24 were able to get Bellarmine in FG position.

The first score of the game came with 7 minutes and 23 seconds left when Connor Tripp ‘24 knocked down a 39-yard FG. With time expiring in the 4th quarter, Riordan got blown up by Brandon Broch ‘23 who came flying in. Jae’von Reels ‘23 then deflected a 4th and 6 pass by Riordan creating a turnover on downs. After a few good rushes by Parker Threatt ‘24, the Bells took a knee to end the game.

In a close game with Riordan, the Bells were able to pull off the win with Connor Tripp’s FG being the only score of the game. Bellarmine’s record improves to 3-2 (60% win rate) on the season and 2-0 in WCAL. Bellarmine ranks #13 in CCS (Central Coast Section). Bellarmine faces the undefeated Serra at San Jose City College this coming week.