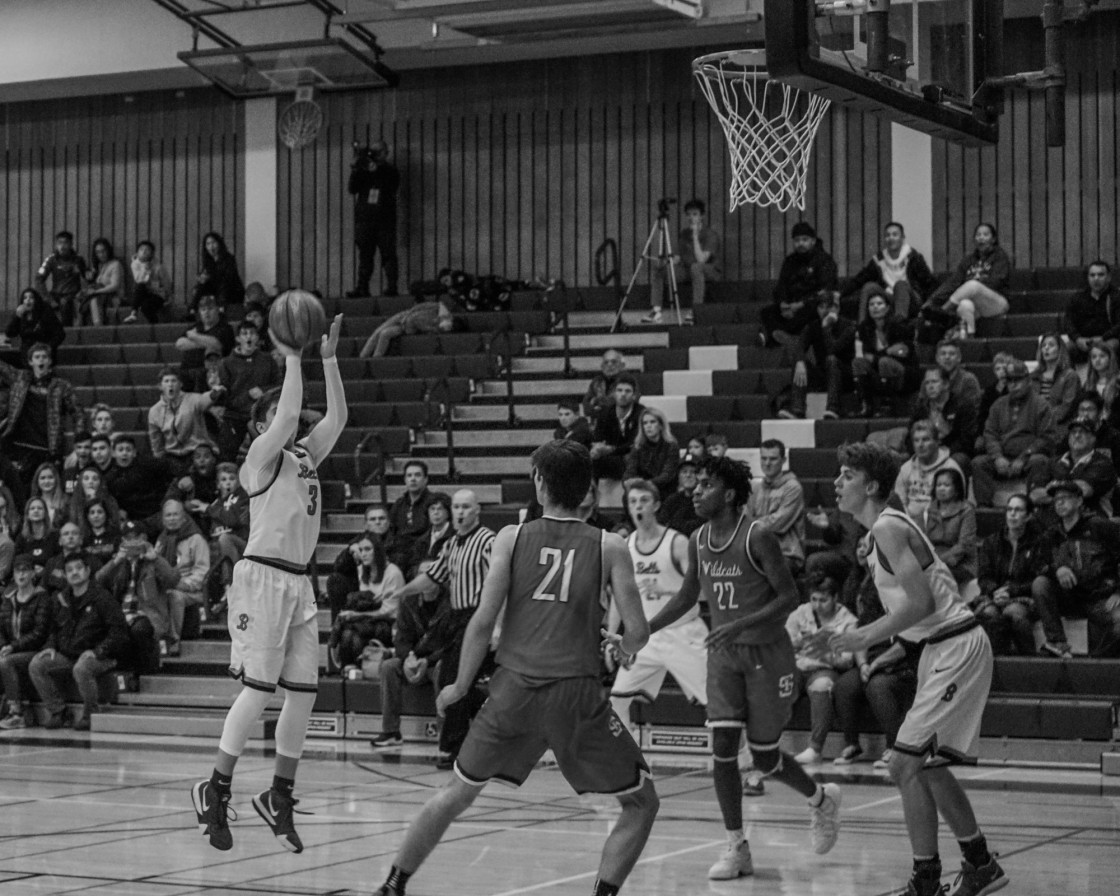 Why does it seem the Bellarmine Basketball Team is always a contender? Last year, after losing D-1 talent in Jake Wojic and Kendall Stubblefield, they were back in the open division finals, despite their young core. This core, now made up of mostly seniors, is poised for another deep run, aims to keep their priorities straight, “We want to league first and foremost, but we also want to win the open division championship go to NORCAL open. We’ll see how far we can go from there.”

Speaking of this experience, Coach Schneider is especially excited about Junior Ryan Kiachian:

Coach Schneider, in his 27th season as the head coach, attributes their continued success to “not overdoing it.”

“We take time off, which is important for injury prevention, overuse injuries or burnouts; we didn’t do anything from the end of June to the start of September. Some guys played AAU into some portion of July. In the fall we limited how many open gyms to prevent burn out and overuse injuries,”

This year, the always and ever tough WCAL presents new challenges,

“Most people talk about Mitty and Riordan; Riodarn has two 1st team all-league guards, and picked up a seven-foot center from Florida who has already been offered scholarships from places like Oklahoma State. They have injured players who are 6’8” and a transfer who is also 6’8.” In terms of Mitty, they have three Division 1 guards and one of whom is 6’6”. So, Mitty and Rirodan are the most talented teams, but I feel our team-work and depth hopefully will come into play in helping us win the league.”

In this ever-challenging WCAL, last year, the Bells did unsurprisingly well, and nurtured their young talent:

“We did really well, finishing 3rd place in league which was really good accomplishment for a team that was pretty young. We had a senior that was first-team all-league most of the other contributors are now returning players. Certainly, we will miss contribution of guys like Gio Saso who also started a lot of games for us. We also had a lot of younger guys play a lot of minutes, and they got a really good experience. For the 4th straight year we got to the CCS open division championship and sadly fell short in that game,”

Each year, the loss of seniors affects the team both on and off the court. The team culture changes and this is probably one of the most challenging jobs of Coach Schneider. When talking about these invaluable seniors one name consistently came up:

“Kiran Kruse will be most missed in terms of production and leadership. He won blue standard, his teammates looked up to him in every way, and provided emotional poise on and off the court. He united the team and helped them focus. A 1st team all-league, he was valuable both on and off the court. Gio Saso was another senior that will be greatly missed; his cultural leadership and dedication to the team was unprecedented,”

The Bells, their only two losses at Riordan and at home against Saint Francis, is doing well this year, and in the hunt for another WCAL title…. to the surprise of nobody.