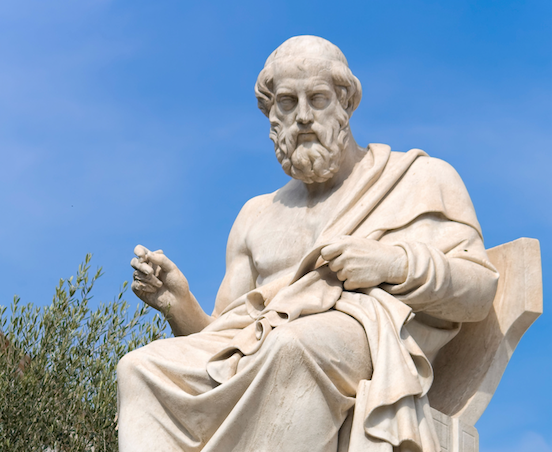 How Would Philosophers View Politics Today?

The upcoming November presidential election can easily be said to be one of the most important events of 2020. In less than a month, the leadership of the nation for the next four years, as well as American policies for many years into the future, will be determined.

Amidst the conflict shaking the nation, we must undoubtedly look to the past as guidance. Looking back at great presidents: Washington, Lincoln, Roosevelt, we may begin to conceive who the right choice for our next president may be.

But why limit ourselves to American history? After all, governments (and leaders) have existed since the beginning of human civilization. By examining a much greater time period than the existence of our nation, we may be able to ascertain the best qualities in a potential leader for our country. In this article we will examine multiple different renowned ancient and modern philosophers, examining their writings to hypothesize about their potential vote in the 2020 election.

“Until philosophers are kings, or the kings and princes of this world have the spirit and power of philosophy […] cities will never have rest from their evils.”

One of the founding fathers of Western philosophy, Plato believed that the state should be ruled by a philosopher king, the most objective, intelligent person. He conjectured that many of the problems observed in his city Athens during his life were caused by poor leadership. Therefore, in the 2020 election, Plato would likely vote for the candidate whom he deemed to be the most well-versed in politics.

“It is better to be feared than loved, if you cannot be both.”

A Machiavellian belief system, first created by Nicolo Machiavelli, operates on the principle that the person who can take power, and remain in control, automatically has the right to rule. In November 2020, Machiavelli would likely not vote, simply due to the reason that he would not consider democracy to be an efficient method of determining the leader of a state. He would likely support a military coup or another forced seizure of power, but if it came to a democratic election, Machiavelli would likely support the candidate most likely to assert strict control over the country.

Nietzsche – Dominion of the Overman

“I teach you the overman. Man is something that shall be overcome. What have you done to overcome him?”

Friedrich Nietzsche, a German Philosopher writing in the late 1800s, believed in the rejection of arbitrary value systems, and a strict loyalty to life itself. This meant eliminating any harmful morals or beliefs which would decrease one’s efficiency. For Nietzsche, the best leader would mean the one who proved to be the most objective, freeing themselves from party politics. Nietzsche would likely vote Independent in the 2020 election, believing that both candidates’ policies were too much influenced by their parties. In fact, he would likely declare that the party system itself was flawed due to its taking-away of independent thought for voters.

Marx – The proletariat must rise

“Let the ruling classes tremble at a Communistic revolution. The proletarians have nothing to lose but their chains. They have a world to win.”

Karl Marx is most well-known today as the founder of the belief system that would eventually give rise to the system of Communism. In 2020, Marx would hold true to his ideals; his belief that the “proletariat,” or the common worker, should seize the means of production, would influence his vote. Thus, Marx would not vote for a candidate at all, because he would be against the republican system of government of the United States.

“All men are naturally in […] a state of perfect freedom to order their actions, and dispose of their possessions and persons, as they think fit.”

The most politically-focused philosopher on our list, the writings of John Locke served as the cornerstone of the American Revolution. He wrote that since in nature, people are in a “state of freedom,” governments should provide protection and benefits for their citizens without infringing on their important rights to freedom. In the 2020 presidential election, Locke would probably vote for the candidate who most appealed to him as the type who would not impose restrictions on his actions.